Home videos of animals or babies often seem to go viral on the internet. But have you heard about a list of personal finance tips going viral on the net? 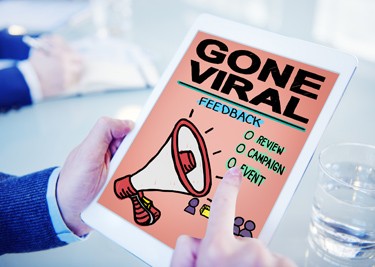 Your response is probably: “No way”.

Well, it did happen two years ago. Harold Pollack, a professor in social service administration at the University of Chicago, jotted down on a small index card a straightforward list of things that had personally helped him straighten out his own finances.

Pollack then posted a photo of his handwritten note online; it went viral. And Money Magazine in the US named the listing of his points distilled on a single card as one of the best new money ideas of 2013.

Now fast forward to 2016. His simple index card has evolved to become the basis of a recently-released 245-page book, The Index Card: Why Personal Finance doesn't have to be complicated. Forbes magazine, among other publications, has given the book, co-written with personal finance writer Helaine Olen, a favourable review.

It should be emphasised that Pollack is not, nor does he claim to be, a personal finance expert but someone who carried out extensive research because of his own candidly-discussed financial challenges. That perhaps adds to the appeal of what he is saying.

In broad terms at least, his key points – which have been revised to a degree for his book – make much commonsense:

Lieber says the authors – who include Jonathan Clements, writer of the book Money Guide 2016, which carries a list of 18 personal finance steps – agree on at least four things. These are: create an emergency fund, invest most of your portfolio in index funds, buy your own affordable home if you can, and hold adequate life insurance.

In his article, How should you manage your money? And keep it short, Lieber writes that the “biggest takeaway” from these various simple financial pointers is: “Managing your money should be pretty straightforward but that doesn't make the task all that easy.”

He asked the authors of the personal finance lists why people keep on breaking these four seemingly straightforward rules given that not one is new. However, as their responses indicate, this is no simple answer.

As behavioural economists tell us, we often seem naturally drawn to acting against our own best interests – such as trying to pick winning individual stocks and trying to time the markets. That is why some of the most fundamental and sometimes seemingly obvious principles of sound personal finance management are worth repeating again and again.

Hopefully such published lists will prompt more of us to write down or revise our own list of financial goals given our personal circumstances. (One of Vanguard's Principles for Investing Success is to set clear and appropriate investment goals.)