Assets that belong to your business but that are being used for your own benefit or enjoyment can potentially trigger a tax issue known as “Division 7A”. 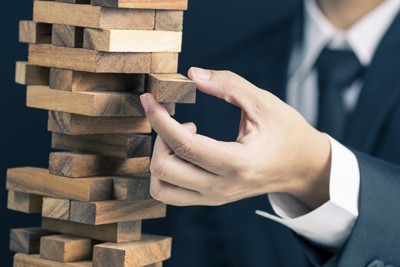 You have set up running your business in a company to get all the “asset protection” advantages with a corporate veil.  However, being a private company with most of the directors and shareholders being family or friends, company decisions can easily be skewed to benefit individuals.  This may not be intentional as many of you would think of company assets as your own.  However, considering that the corporate tax rate is 30% (or 28.5% in specific circumstances), and the highest individual margin rate is 49%, you can gain some tax relief from this arbitrage. Division 7A is a designed to prevent this tax mischief.

Division 7A treats a payment or other benefit provided by a private company to a shareholder (or their associate) as a payment for income tax purposes. This integrity measure can apply even if the recipient treats the transaction as a gift, or a loan, or the waiving of a debt.

The Division 7A net is wide, and may potentially catch many transactions that, in substance, do not involve a distribution of profits, such as using a company’s assets for private enjoyment. This is especially the case since the definition of “payment” was expanded to include the provision of assets.

Division 7A can happen if I use company assets for personal use?

That’s right. Real tangible company assets are usually the biggest exposure that you may have to Division 7A without realising it, and may unintentionally fall out of any discussions you may have with us.

An example would be a holiday house that is owned by a company but is used by a shareholder of that company. The value of this use, under Division 7A, can be deemed to be a dividend and form part of the shareholder’s assessable income.  There are certain exemptions that can apply however – for example, if the house was being used as a main residence.

Watch out for motor vehicles

Another fairly common example concerns motor vehicles, but they are most likely caught by fringe benefits tax (FBT) rather than Division 7A because those vehicles are typically provided to directors in their capacity as employees despite those directors being shareholders.

One of the results from the ATO’s recent ramping up of its data matching activities has been an increased triggering of both Division 7A and FBT provisions after vehicles registered to businesses were found to be used privately by, respectively, shareholders or employees.

Other issues to consider when using business assets

If your transactions are subject to Division 7A, you may also need to consider some other areas of tax, such as FBT, issues related to share dividends or family law.

Division 7A does not apply to payments made to shareholders or their associates in their capacity as an employee or as an associate of an employee of a private company. However, such payments may be subject to FBT.

Payments and other benefits taken to be Division 7A dividends are generally unfrankable distributions unless they are provided under a family law obligation. However the ATO has a general discretion to allow a Division 7A dividend to be frankable if it arises because of an honest mistake or inadvertent omission.

Payments and other benefits provided by a private company to shareholders or their associates as a result of divorce or other relationship breakdowns may be treated as Division 7A dividends and are assessable income of the recipient.  However such payments or other benefits are treated as frankable dividends if provided under a family law obligation, such as a court order, a maintenance agreement approved by a court under the family law act or court orders relating to a de facto marriage breakdown.