The ATO has released a finalised version of LCG 2017/D1 which outlines how the defined benefit income cap applies to certain superannuation income stream pensions, and contains more expansive examples, according to one technical expert. 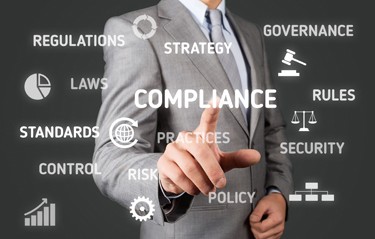 The finalised guidance, titled Law Companion Guideline 2017/1 clarifies how the defined benefit income cap applies to superannuation income stream pensions or annuities that are paid from life expectancy or market linked products that are non-commutable.

“They’ve tightened up the wording and they’ve gone further with their examples for certain situations which I suspect will be quite helpful for people who are in the position of having to deal with these sorts of [pensions],” Mr Miller said.

“There is obviously a lot of confusion around these sorts of pensions, but I certainly think as a document it helps people identify how the calculations need to be made.”

Mr Miller said the calculation of the special value is relatively straightforward, but there could still be some complexities around determining what the defined benefit income cap is.

“That’s going to create complexities, not so much for somebody who is already receiving over $100,000, but someone who might start to receive say, a reversionary term pension after 1 July 2017,” he explained.

“I suspect if you’ve got a younger spouse who’s got an older partner who passes away, there are certainly some complexities associated with working out how much is capped or how much of their pension is entitled to taxed concessions in the first year, but I think the guide actually provides a reasonable step by step process of how to calculate it.”

Mr Miller also said the guidance talks about these pensions being non-commutable but noted that capped defined benefit income streams are to an extent still commutable within an SMSF if they're commuted into a new market-linked pension.

“It would also be interesting to get an ATO opinion on how that process [could] actually work from a transfer balance point of view,” he said.

“So if we have this special value, which is identified via this law companion guide, which is the annualised income after the 1st of July, we then have a situation where we have a defined benefit income cap up to $100,000. But if a member chooses to commute a capped defined benefit income stream to a new market-linked pension [with] different terms, what impact will that have on the transfer balance cap?”