The perennial question has reared its head and it was just a matter of time given the burgeoning gig economy. 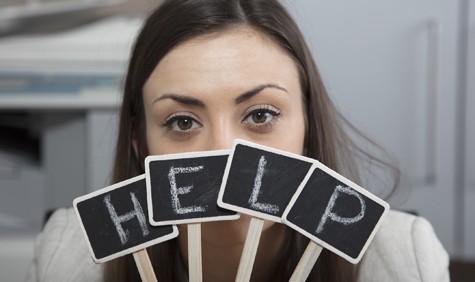 The new working arrangements provide flexibility for workers, arrangers and customers. But what are the tax and other economic implications for those involved?

The changing working arrangements have put a spotlight on the traditional dichotomy between an independent contractor and an employee. The new arrangements suggest a further category, as yet undefined, that has characteristics of both.

A recent decision by the Fair Work Commission in Joshua Klooger v Foodora Australia Pty Ltd [2018] FWC 6836 demonstrates what can go wrong when the critical concept of engagement is misinterpreted.

Foodora was involved in the delivery of restaurant meals, food and drink and other items to homes and offices. Joshua Klooger entered into an “Independent Contractor Agreement” with Foodora that stipulated he was an independent contractor and not an employee.

In considering the “totality of the relationship” (a common line in such cases), the commission found that Joshua was, in fact, an employee. He was found to have been unfairly dismissed and Foodora was ordered to pay him compensation. Given that arrangements were the same for all its workers, the logical application of this decision is that it would apply to all of Foodora’s workforce.

Significantly, tax authorities circled during the heading and moved in once the decision was handed down.

Not only would payroll tax obligations seem to exist, but other employment tax obligations such as pay-as-you-go withholding (PAYGW), superannuation and personal services income (PSI) as well.

Two tax investigations were conducted into the Foodora business; one by Revenue NSW in relation to potential payroll tax liability and a separate investigation by the ATO looking at millions of dollars in potentially unpaid withholding taxes and superannuation.

The cumulative impact of this decision was that the German-founded food delivery business had to leave Australia.

As if these impacts were not enough, the decision of the Fair Work Commission effectively changes the flow of income and expenses for both Foodora and the worker.

Instead of the independent contractor receiving all the income and paying an amount to the digital platform provider, the result is now that the digital platform provider receives all the income and pays some of that to its employees. While this may not change the bottom line for either, the implications across a range of stakeholders including banks, government departments and auditors are significant.

Tax authorities in Australia have been grappling with the murky line between employees and independent contractors for many years. While there have been some attempts to solve the problem, none have been effective.

This is a very common example of a work arrangement between a medical practitioner and practice, which has generally been accepted by the ATO. However, the abovementioned Klooger v Foodora decision may provide precedence for some further investigation by the ATO.

From the view of the medical practice, this may involve more out-of-pocket expenses as not only would the practice have to pay the practitioners wage as an employee, they would also need to pay superannuation guarantee charge (SCG), allow for leave entitlements and ensure their insurances cover the employee.

From the view of the medical practitioner, this would likely simplify their tax affairs; however, as they are no longer carrying on a contracting business, certain tax deductions may no longer be available and the possibility of splitting income through certain tax structures would also be unachievable.

Alternatively, the practitioner and practice may elect to continue with their current arrangement; however, the ATO seeks to review the arrangement with the following outcomes:

It is critical that any business, not just gig economy businesses engaging independent contractors, understand the issues and take all steps to ensure that their business model works; otherwise, the consequences can be catastrophic.